Silicon steel is usually manufactured in cold-rolled strips less than 2 mm thick. These strips are cut to shape to make laminations which are stacked together to form the laminated cores of transformers, and the stator and rotor of electric motors.

Electrical steel made without special processing to control crystal orientation, non-oriented steel, usually has a silicon level of 2 to 3.5% and has similar magnetic properties in all directions, i.e., it is isotropic. Cold-rolled non-grain-oriented steel is often abbreviated to CRNGO.

Grain-oriented electrical steel usually has a silicon level of 3% (Si:11Fe). It is processed in such a way that the optimal properties are developed in the rolling direction, due to a tight control (proposed by Norman P. Goss) of the crystal orientation relative to the sheet. The magnetic flux density is increased by 30% in the coil rolling direction, although its magnetic saturation is decreased by 5%. It is used for the cores of power and distribution transformers, cold-rolled grain-oriented steel is often abbreviated to CRGO.

CRGO is usually supplied by the producing mills in coil form and has to be cut into "laminations", which are then used to form a transformer core, which is an integral part of any transformer. Grain-oriented steel is used in large power and distribution transformers and in certain audio output transformers.
CRNGO is less expensive than CRGO. It is used when cost is more important than efficiency and for applications where the direction of magnetic flux is not constant, as in electric motors and generators with moving parts. It can be used when there is insufficient space to orient components to take advantage of the directional properties of grain-oriented electrical steel. 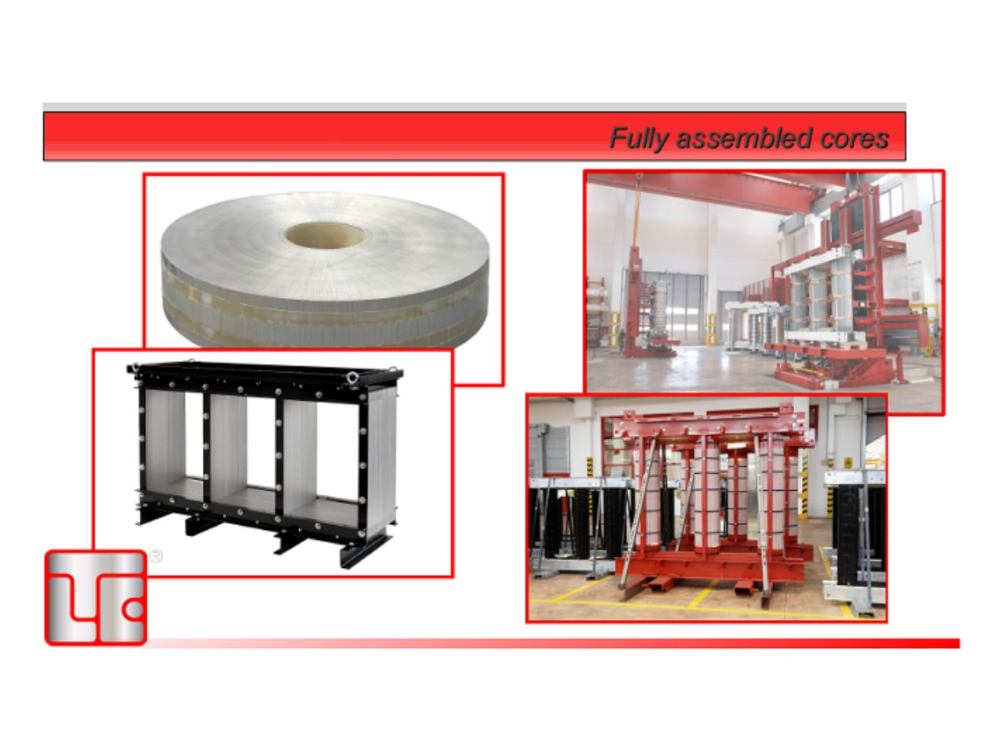 At The Forefront of Quality Manufacturing